The last big event for me and Rachel this summer was a trip to the Binder Park Zoo in Battle Creek to stay overnight with her Girl Scout troop. We had a blast. This is what we did while Steve and Sam were in Bristol, TN, for the NASCAR race.
We were locked in with two interpreters after the zoo closed Saturday evening. The girls played games, did an activity revolving around building an exhibit for the animal of their choice, got to see a few small animals up close, took an after-dark stroll around the zoo, and in the morning we were given passes to see all of the zoo we hadn't seen the night before. 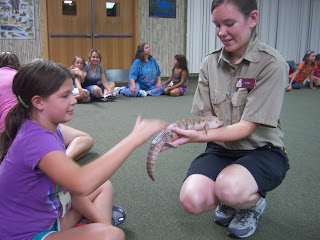 Rachel pets a blue tongued skink held by Interpreter Jenny. The skink is one of those animals that can lose it's tail and grow a new one, but this reptile has her original tail. 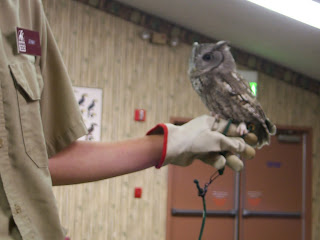 Uno, the one-eyed screech owl. She lost her eye when she was struck by a car. She was rehabilitated and sent to the zoo to be an education animal. 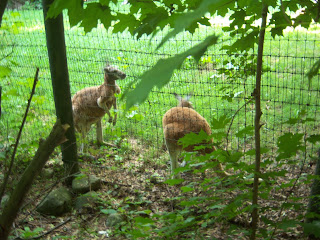 Kangaroos. So stinkin' cute when they hop away! 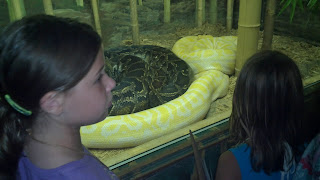 Rachel checking out the boa constrictors. These are BIG snakes. Biiiiig. 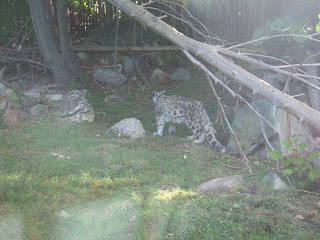 The male snow leopard. This was so cool; we got to watch him come out from his holding area in the morning before the zoo opened. The girls were asked to be quiet and stand back from the glass until he got used to the activity. He stood outside his door for just a few seconds before he came right over to the glass to check us out. So curious ... just like a house cat! 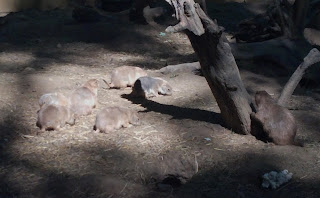 Prairie dogs. Wicked cute when they pop up out of their holes. 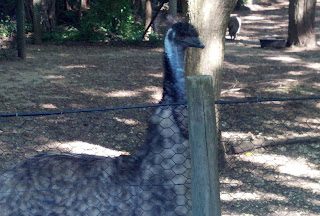 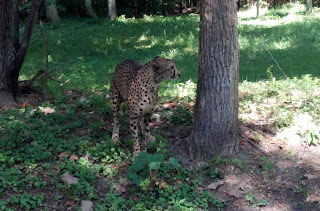 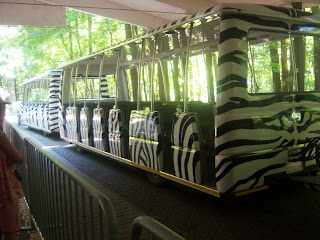 The tram we took from where we stayed overnight to the zoo's Africa display where we saw ... 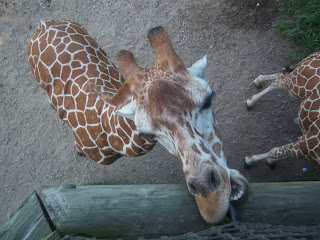 Giraffes! Feeding lettuce to the giraffes was Rachel's favorite part of the weekend. 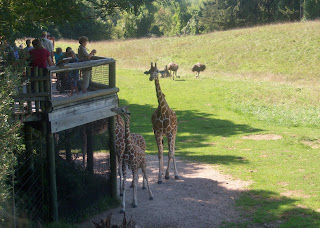 They are just beautiful. And the babies? Adorbs! 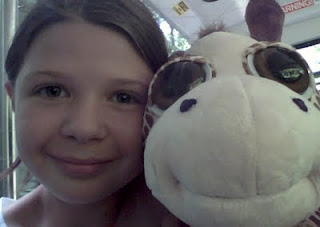 Does it get any cuter? 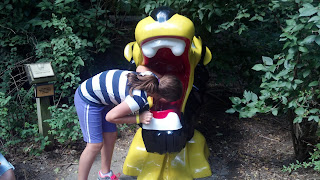 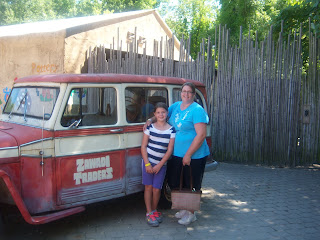 At the end of our tour of Africa. This zoo did a fantastic job with the exhibit. I would love to go back and do it again. 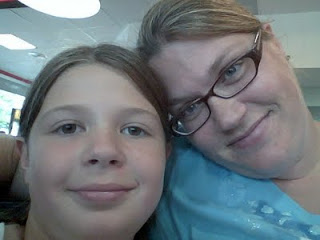 Self portrait with my "Mini Me" at Steak-n-Shake on the way home after a busy, exhausting weekend.
Posted by Jen