The beginnings of something beautiful. 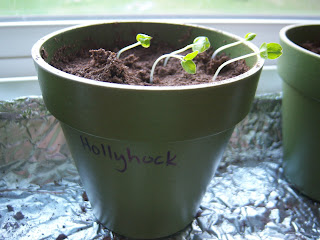 It was a simple thing - seed packets and small pots packaged together, never opened. Not much more than evidence of good intentions, probably picked up on a whim with no real visions of grandeur.

But to me it was something my grandma had touched. Something that made her smile when she thought of how those flowers would look, all bright and cheery in her windowsill.

Grandma never got around to planting those seeds before she died. So when my mom found them in grandma's house she asked me if I'd like them. I planted them last week and over the weekend the hollyhocks sprouted. 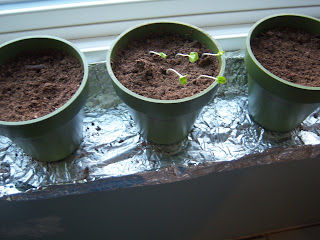 The hollyhocks. The seeds with the longest germination period of the three varieties I planted, and they sprouted first.

Way to keep me guessing, grandma.

The hollyhocks are the only perennials in the bunch (if I plant them outside they will come back year after year), and they are to me the epitome of granny flowers.

Here's a great picture of some mature hollyhocks from flowerspictures.org: 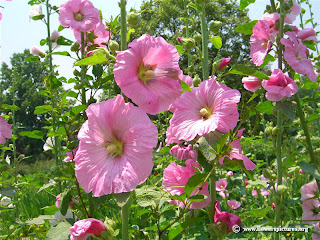 Don't they make you think of a granny (or grampy) with a big straw hat and a gardening trowel digging around in the dirt? 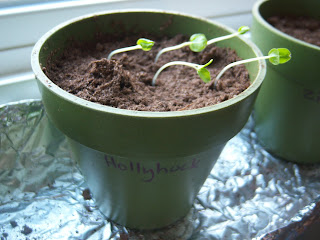 Someday maybe these guys will grow as tall and beautiful as the ones pictured above. They may not bloom until next year, but that's OK. It gives me something to look forward to. 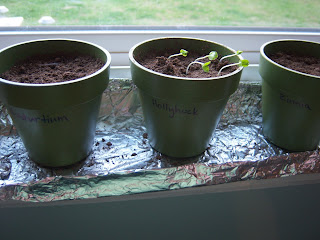 I'm not really one for planting flowers from seed, but what the heck. If they all sprout I'll have some sweet reminders of grandma in my garden all summer long. 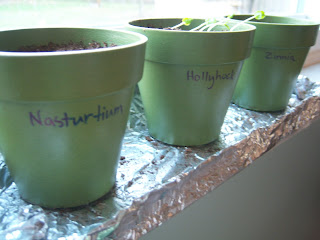