Swapping out a light fixture.

I did it! I hung a light fixture. All by myself. And it works!

This is a big thing for me. I have this fear of anything having to do with electricity. I like being able to hit the switch and have the lights come on, but I don't really want to have anything to do with what happens within the walls to make it work.

Alas, my go-to guy (Steve) isn't around and the last thing I want to ask him to do when he finally gets some time at home is to hang a light fixture. (Although I did find out it's pretty uncomplicated, it just helps to have another set of hands to assist. Which I didn't.)

I've been on the lookout for lighting fixtures for ... ever. Our house is full of builder-grade brassy, cheap-looking fixtures and I'm tired of looking at them. But rather than spending hundreds of dollars for a bunch of new fixtures, I have kept my eyes open for fun, funky, used (or clearance priced) fixtures with character.

A few months back I bought this one at the Habitat ReStore: 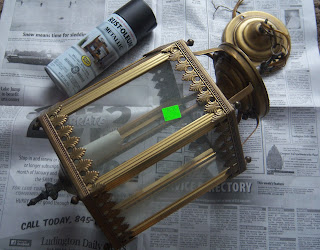 I wasn't sure where it would end up, but I knew it would look better than any of the lights we had in the house. I purchased it with the idea that I would spray paint it, and once I decided where it would go I chose Rust-Oleum's Metallic Oil Rubbed Bronze. 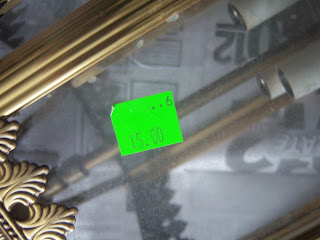 $15! Not bad. Maybe not as great as a garage sale price, but certainly better than new.
And yes, the glass really was that dirty.


Here is what I was replacing: 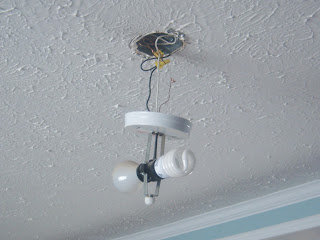 I don't even remember how long that "temporary" fixture has been hanging there. It's one of those things that we got used to, and it started blending into the background. 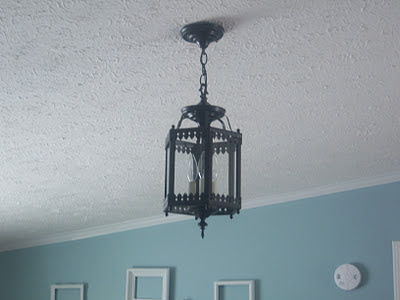 I luuuuurve this new light.

And though I can't say I am totally over my fear of working near electricity, I can at least tell you I will attempt a similar project again, with a little less trepidation. 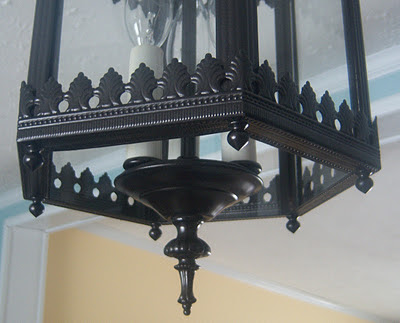 Neat detail, huh? It has almost a Moroccan feel. I likey.

The glass cleaned up fine (but even if it hadn't I wouldn't care - I'd put the light up without it), the paint looks good (though I do have a couple touchups to do), and best of all the light actually worked when I turned it on.

I do have a couple of adjustments to make. The screws that came with the crossbar that attaches to the box in the ceiling weren't long enough, so I had to dig through my toolbox to find some replacements. They'll work for now, but if you look closely - in person, maybe not on the pics - you can see the canopy isn't quite flush with the ceiling. Definitely gotta' fix that. But overall, I think I did pretty good! 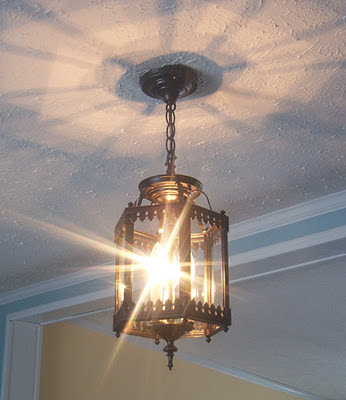 So now I can add something to my list of possible projects I can do myself. Win!