The story of Samuel.

Both of our children have Biblical names.

That's not why we chose their names. I wish I could tell them we pored over scripture and picked names of people who were humble, brave disciples. Nope. Just happy coincidence.

But as our kids have grown I have taken an interest in the stories of the people their names represent in the Bible. Particularly Sam, because a certain section of verse makes me chuckle ... and ponder a little bit ... when I read it.

This section was one of our lessons in church on Sunday: 1 Samuel 3:1-20

I'll give you the gist of it here in my own words. Basically, God called to Samuel three times, and three times Samuel did not recognize the voice of the Lord (because he didn't yet know Him). Eli finally told Samuel that when he heard the Lord calling again he should say, "Speak, Lord, for your servant is listening." The Lord told Samuel of his plans to lay the smackdown on Eli and his family, and then at Eli's insistence Samuel repeated the information to him.


"The LORD was with Samuel as he grew up, and he let none of Samuel’s words fall to the ground. And all Israel from Dan to Beersheba recognized that Samuel was attested as a prophet of the LORD." (v. 19-20) 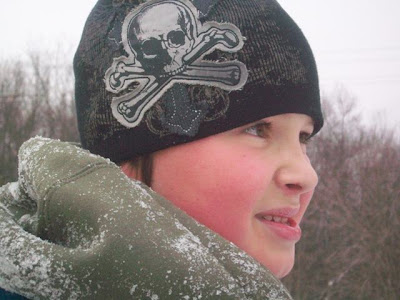 I chuckle because I can almost feel the confusion of poor Samuel who heard a voice and responded to Eli who then told him he hadn't called and Samuel should go back and lie down. Three times! I imagine my Sammy rolling his eyes and turning on the ball of his foot and thinking how ridiculous this all is. I see it as our son makes his way through Confirmation classes at church, picking through scripture, asking questions, telling me what he has learned (only when I prod him), and learning to recognize God's voice in his own teenage, whirlwind, I'd-rather-go-skiing-with-my-friends kind of world.

Is my son hearing God's call? Is he responding? Will he affirm his faith when Confirmation Day comes? I hope so. I do want for Sam to have a personal relationship with Christ. I pray that through his own actions this world will recognize him as a believer. Even if instead of singing hymns after he takes communion he proceeds to whisper to me that the wafer and wine aren't very tasty and he'd really like to go out for breakfast.