Eeny, meeny, miney, moe, which is the strongest tomato?

If I grew nothing else in my garden this year, I would at least grow tomatoes. Lots and lots of tomatoes. Because from the time the harvest is over in the fall until we're starting seeds again in the spring, there is nothing like the taste of a meal made using tomatoes - or sauce from tomatoes - you grew yourself.

The last couple summers, in the interest of saving myself some time and possible heartache, I purchased tomato plants. The frugal side of me couldn't stand the idea of shelling out the amount of cash I'd need for as many plants as I want this year though, so I decided to start some seeds myself.

I spent about $13 on three packs of organic seeds and a Jiffy mini greenhouse seed starter (which I can re-use). As soon as I got home I soaked the peat pods and planted my three varieties of seeds, labeled the lid and set it in one of my south-facing windows. Less than five minutes later my dog had one of the clumps of seed starter spread all over the floor.

I was able to gather up most of it and stuff it back in the little mesh thingy that holds it all together, plant a couple new seeds, and set it back in the container. Within just a few days I had sprouts. Happy!

I cared for those tiny plants over the next few weeks, rotating the container so they'd each get sun and keeping them just the right amount of moist.

One day apparently the dog made the connection that what I was putting in that little dish at his nose level was WATER. You can imagine how that went.

I lost one plant. 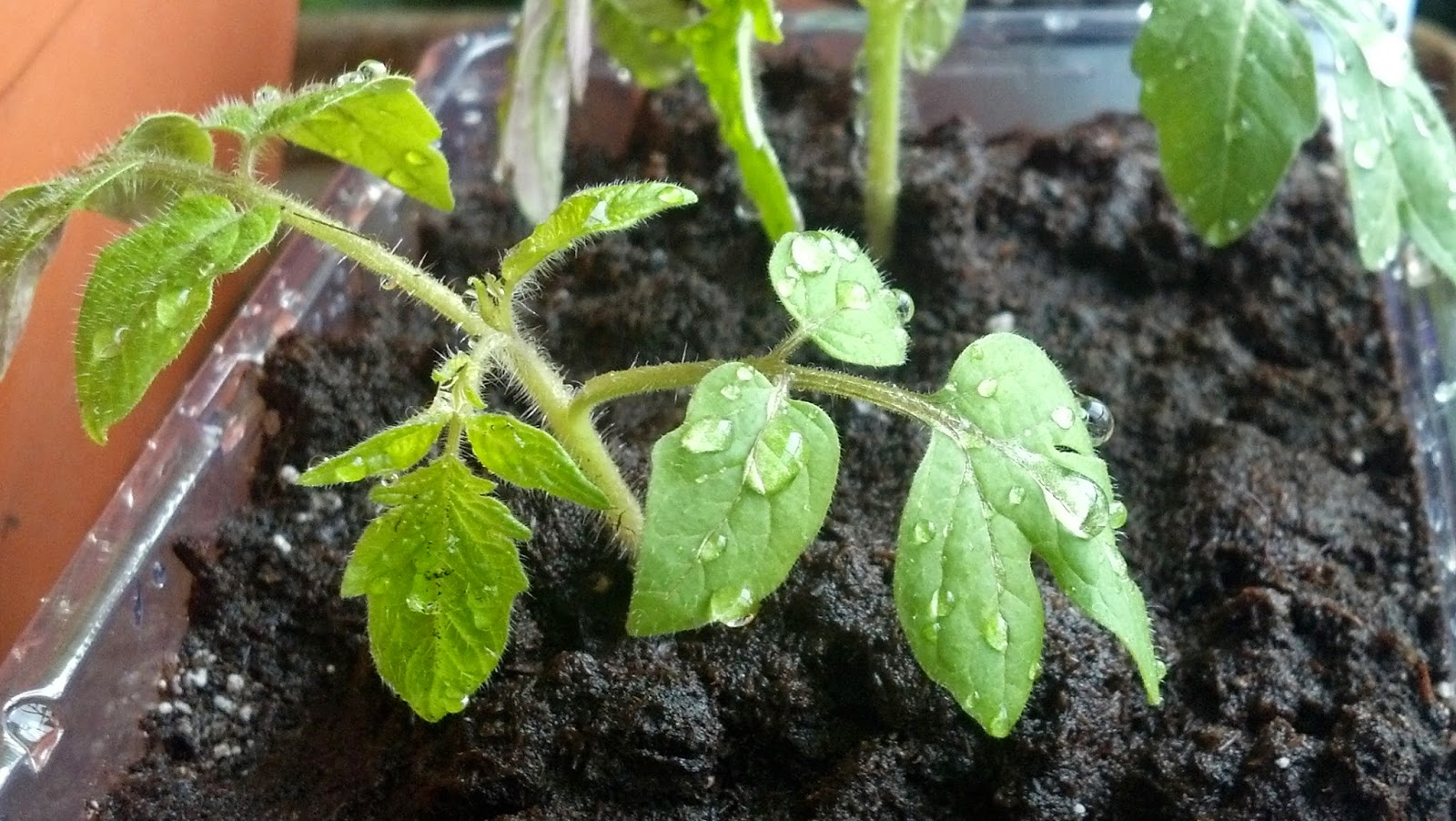 And then one day a certain offspring grabbed something from the corner near the window and bumped the table where my seedlings were thriving, upending the whole container.

Ugh. Is all I'm gonna' say about that.

Miraculously, just a few of the plants didn't make it. But after that incident I had no idea which plants were which.

What I did know is some of them were beginning to outgrow their little home, so it was time to do some replanting. This afternoon I gathered up some containers and soil and did just that. 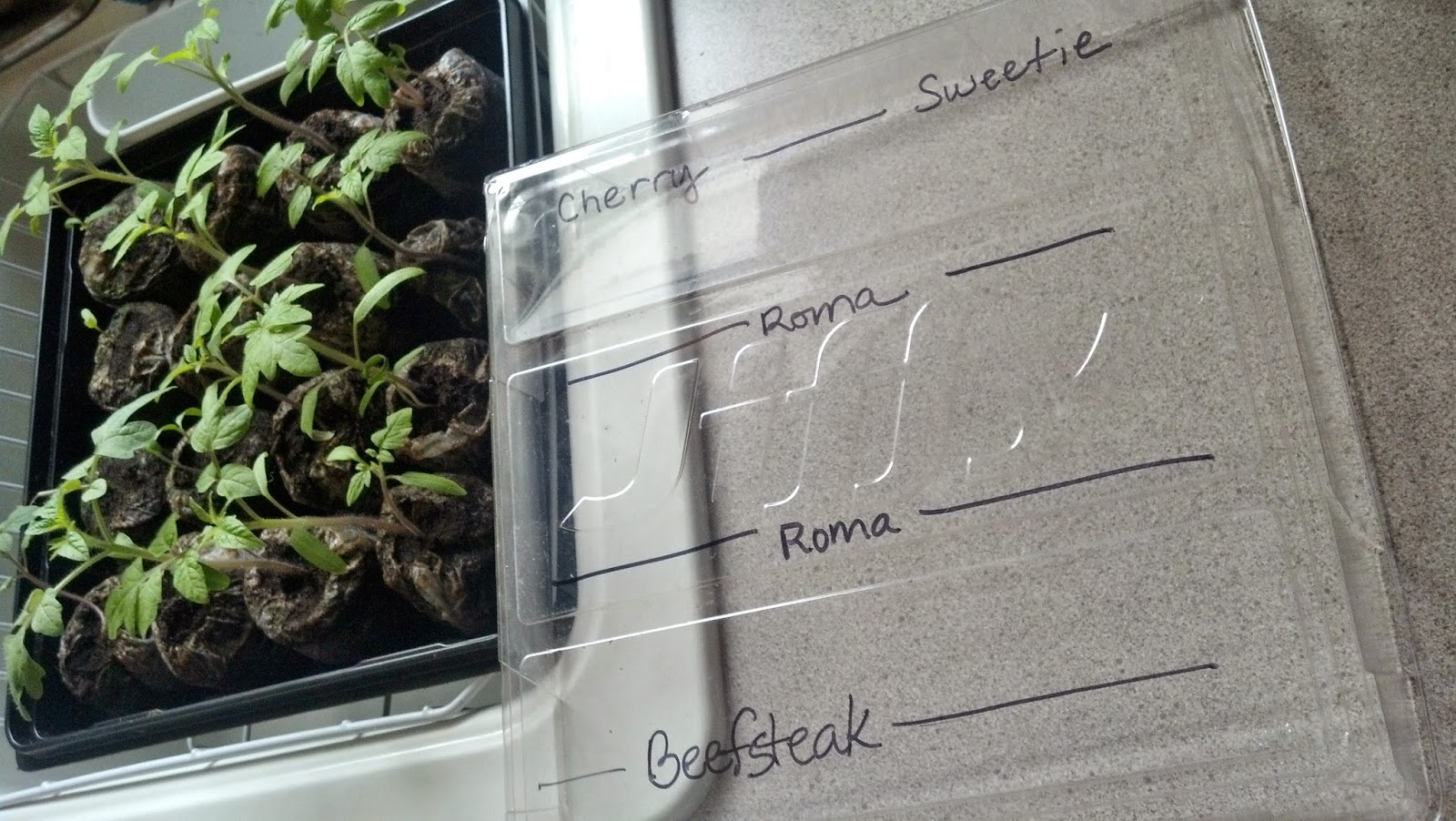 So much for labeling. I have no idea how many plants of which varieties I have. 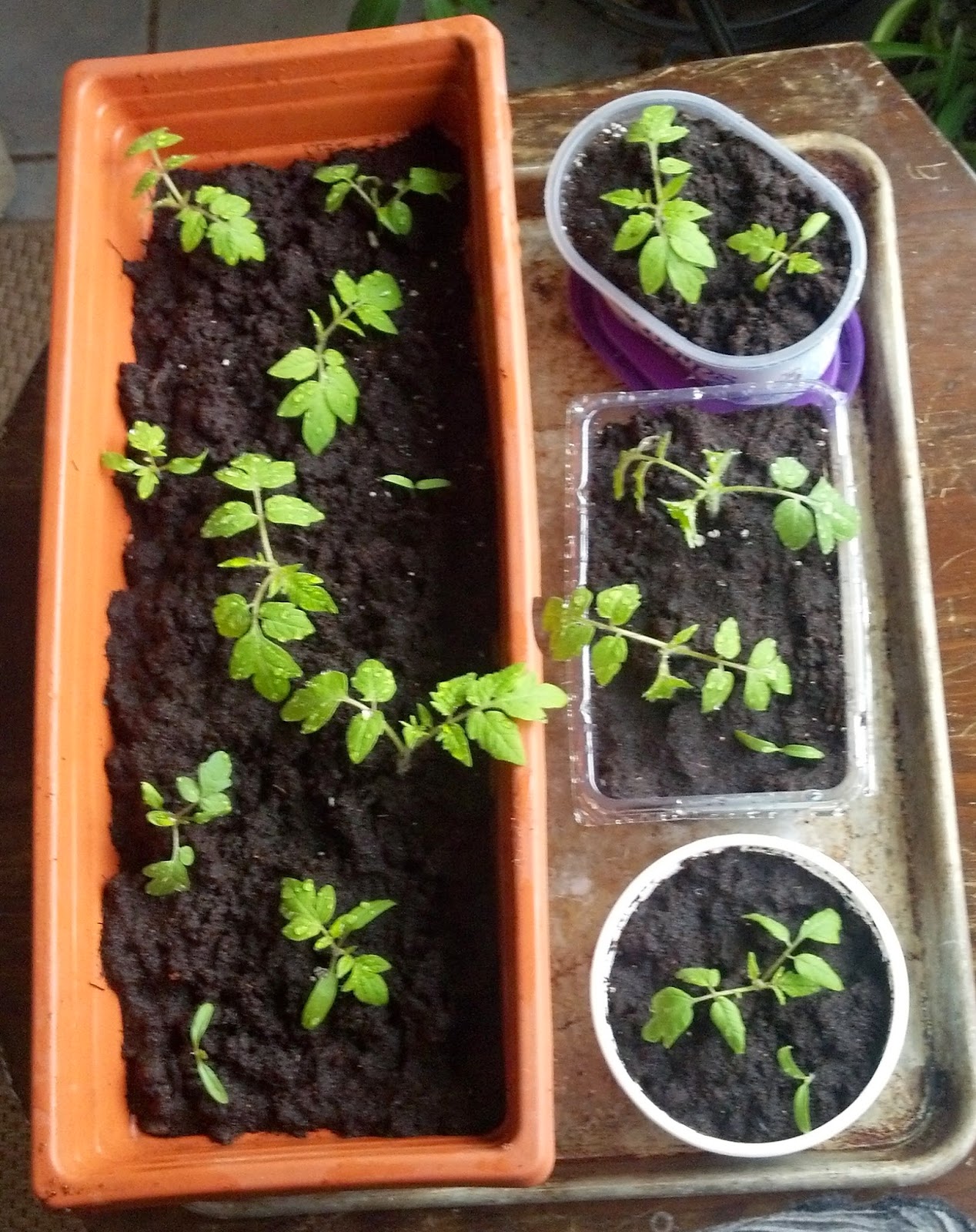 I have 17 seedlings in various stages of development. I'm not sure I won't start a few more. Because you can never have too many tomatoes, right?

I'm excited to see how these babies turn out, and if I can manage to harden them off in a few weeks without losing them. That's the part I lose interest in pretty quickly - the shuffling things outside during the day, in at night, out during day, in at night.

Though I suppose if they can survive my animals and my kids, they have a pretty good chance of making it to summer.