Dude. It's been hot out there.

While we were away visiting daddy, I'm told the weather here in Michigan was about the same as what we were experiencing in West BY GOD Virginia.

I like to say "West BY GOD Virginia" because folks out there (or is it down there? A little bit of both, I guess.) are proud of their home state. As they should be. It is Almost Heaven, after all. (Thank you, John Denver.) But the state's official slogan is West Virginia, Wild & Wonderful, and it is indeed wild and wonderful.

If you ever have occasion to be in French Creek, WV, which is near Rock Cave in Upshur County (Google it), we highly recommend visiting the West Virginia State Wildlife Center. It's a pretty neat place where you can learn about and observe many native and introduced species of wildlife including a mountain lion, a wolf, red foxes, owls and other birds of prey including a bald eagle, white-tail deer, snakes, otters, black bear, elk, bison and more.

Now, a lot of these animals we see on a regular basis in Michigan so it might not sound like that much fun, but I assure you my 9- and 12-yr-old children really enjoyed themselves and so did I. Despite it being 110 degrees.

And do you think the air was moving much in this forest? 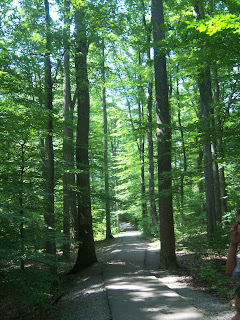 There is a 1.25-mile interpretive trail along which the animals are kept in large pens in a natural environment. Well, as natural as it is to have chain link fences around their homes, but you get the idea. 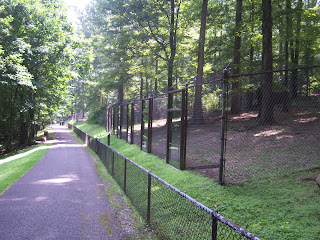 It was quite beautiful. As you can imagine, bigger animals with the potential to be ferocious - like the mountain lion and black bears - required bigger fences. 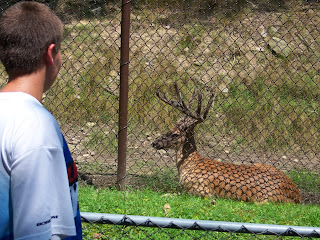 I think Sam was drooling over this buck. 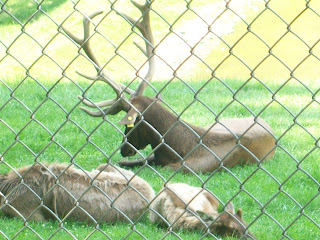 Bull elk and his family taking a snooze in the shade. 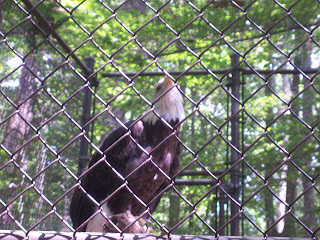 We were the only people in this area of the trail and when the bald eagle saw us it screeched a few times as if to alert the other animals we were approaching.

Or maybe he thought we were bringing him lunch. I dunno. But we were relatively close to him and at one point he stretched one of his wings waaaay out which was the coolest. thing. ever. 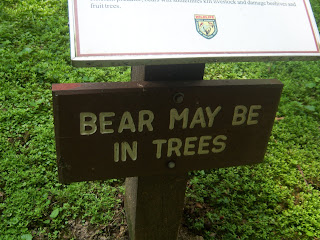 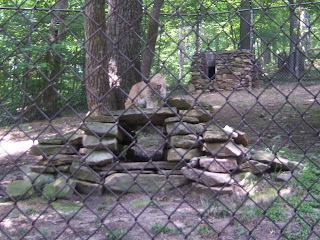 The bobcat, stretching after Sam tapped the fence to wake him up waking from what I'm sure was a wonderful dream about chasing a snowshoe hare.
(You can see him better if you click on the picture to enlarge it.)

No worries, he went right back to sleep. 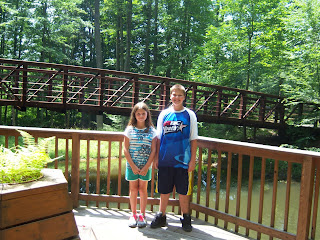 The obligatory "we were here" picture. Hee. 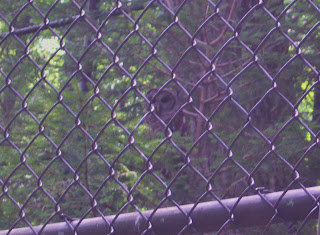 The barred owl, one of my favorites of the animals on display.

Really, none of our pictures do this place justice, but they will serve as reminders of a fun afternoon together. And believe me, days when Sam and Rachel agree on anything and actually get excited about the same thing are few and far between, so when it happens like it did this day I soak it up. 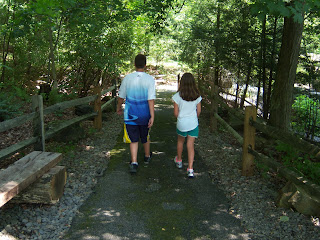