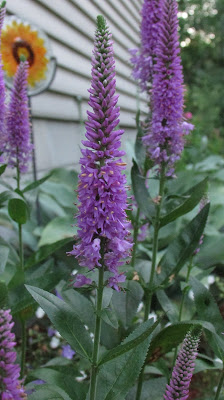 It's Monday. It's freakishly hot. I have a ridiculously busy week ahead. But we had a wonderful weekend and today it's relatively quiet around here - and blessedly air-conditioned - so it's all good.

Steve was home for the weekend. It's always good to have him here.We visited with family and friends, but there never seems to be enough time to get around to everybody, or do all the things we'd like to do as a family. I don't really bother asking him to do any projects around the house anymore ... time is just too precious to not be making memories.

Speaking of memories, I finally bought myself a new camera after more than a year without one (because a certain female offspring dropped mine on the pavement while visiting Washington DC last year). I was looking forward to getting a fancy-schmancy setup that I could really sink my teeth into and challenge myself with. I ended up going for something less fancy, but a step above the pocket-sized point-and-shoot I used to have. I've been playing around with it when I can pry it out of Rachel's hands. (Yeah, I sprang for the extended warranty.) 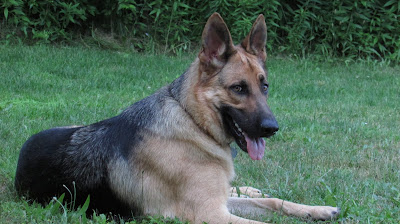 Don't you just love Gunnar's expressive face?
I had him at the vet last week. He's 103 lbs. of pure, exuberant puppy. 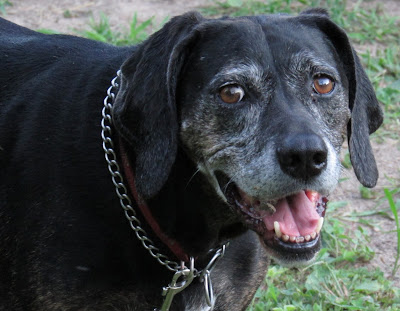 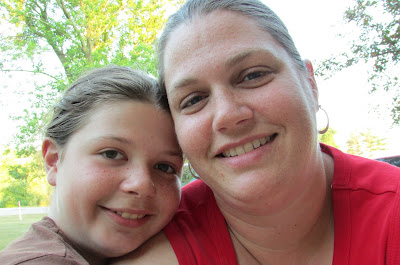 I will need to pull together all these Mom-and-Rach self portraits when she graduates from high school. We're kind of obnoxious with these. 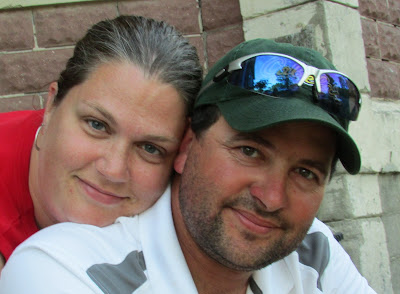 I can never get enough of this guy, though.

We spent part of the weekend in a sweltering gymnasium watching Rachel play basketball in a tournament. Her team got their butts handed to 'em in four of their five games. They lost the last game, too, but at least they were a little better matched with that team. It was definitely a learning experience, and I was so proud of the girls for playing their hearts out long after the point other teams would have given up. 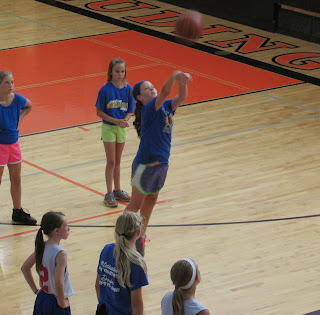 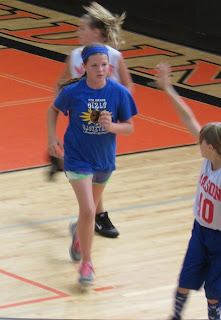 And sweatin' her tail off. She played hard!

Now Sam is off to another week of summer camp, Steve is traveling back to W. Virginia today to be back to work tomorrow, and Rach and I have the week to do some girly stuff. She promptly made plans to go spend the night at a friend's house. Hmph. Fine by me. I've got plenty to do.