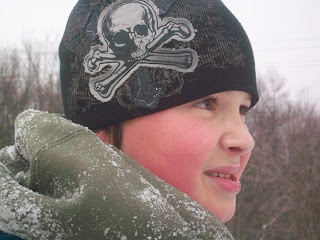 Today our boy turns 13. As I write I have cinnamon rolls baking in the oven for him while he is out hunting with his daddy. Later we'll have a party at the bowling alley, complete with the double-layer rainbow confetti cake he requested and several of his friends.

Thirteen is a big one, isn't it? Sam is becoming a young man right before our eyes. Where we once had a teeny five-pound baby there is now an adult-size being living among us. It sure does give me pause.

There is so much I could say about Sam. We have had our share of struggles, he and I. But for as much as he resisted anyone's attempts to soften him up with hugs and kisses and love beyond measure over the years, he has transformed into one of the most amazing, compassionate and loving children I know.

I am particularly touched by Sam's gift with younger children. He has this comfortable way of engaging kids that makes me believe teaching or a similar occupation may be his calling.

I am proud of this young man and who he is becoming. Even if I still call him my baby boy, I know day by day he is gaining independence and establishing his own place in this world. It will be a while yet before he faces it on his own, but I know after one more year of middle school, once he hits high school it will be over in the blink of an eye. That's why I'm taking time to enjoy it - and him - while I can. 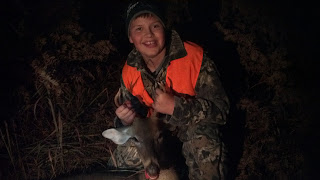 Happy birthday, sweet boy. Today is your day. We love you.